There are at the very least two good reasons to fight fair. It will help you have better relationships, and it will make your life easier and happier. It might mean your relationships have a chance to last, too. Conflicts and arguments are inevitable, so it’s not about whether or not you argue. It’s about how you argue.

According to Marriage.com, chronic poor communication and fighting is the third most frequent cause of relationships ending. While number one is cheating and number two is money and spending, it’s not hard to see how communication problems are likely play a role even with them.

Some serious research has proven this out over more than 25 years. John Gottman has identified 4 major communication patterns that can predict, with more than 90% accuracy, whether or not a relationship is likely to survive for 3 years. He calls these patterns the Four Horsemen of the Apocalypse.

The happiness of your relationships is directly related to how frequently the Four Horseman are part of your life together. They are not only communication patterns, but they also reflect how you think and feel about someone. Jesus is recorded to have said, “Out of the overflow of the heart the mouth speaks.” This is what happens in a destructive way day in and day out in many relationships. What these patterns reflect is not just unhealthy for your relationships, it is extremely likely to kill your relationships, too.

Criticism is attacking another person’s character. It’s not simply complaining about behavior. It says, one way or another, that the person is bad or defective. It’s saying more than that their behavior was wrong. It’s saying that they as human beings are wrong. It also tends to imply that you are better or above them. You could also be claiming that you are a victim.

Criticism often comes with statements that start with “You always…”, “You never…” or “You’re so…” If you find yourself making “You” statements frequently, you’re probably being critical.

Critical statements can often be converted into simple complaints. Simple complaints are usually “I” statements that include a feeling and a request. So, a criticism like “You never pick up your stuff.” could be said better as “I feel aggravated/ignored/disrespected when you leave your stuff lying around. Would you please pick it up?” In this case, you probably feel aggravated because prior complaints have been ignored and that makes you feel unloved and, for that reason, disrespected. A complaint focuses on behavior, feelings and positive requests for change.

Defensiveness is how people usually respond to criticism. It may also be heard in how you attempt to ignore or discount a complaint and make excuses or counter-criticize back. In the end, defensiveness is about why you don’t need to acknowledge or change something.

Defensiveness tends to communicate things like, “you’re wrong,” “you’re not worth it,” “I don’t want to help make things better,” “I’m not responsible” or, simply, “I’m mad at you.” Defensiveness keeps things the way they are, which in the long run, makes them worse. Defensiveness might sound like, “I’ve been really busy. I picked up my stuff last week and, hey, you don’t always pick up your stuff.”

Contempt is a step deeper into criticism. It’s criticism combined with a very unhealthy dose of disrespect. Contempt might be reflected in sarcastic remarks or name calling. Contempt can also be expressed in annoyed looks, eye rolling and other body language. Contempt might look like stony coldness and a refusal to engage. Contempt might sound like “Oh yeah, so busy you played video games all night. Grow up!”

Stonewalling is how not paying attention, not talking or not engaging comes across. You’re “checked out” in some sense and not participating. You might look or act withdrawn, defeated, apathetic or angry, but the bottom line is you aren’t an active part of the conversation, and you’re refusing to be one, too.

Stonewalling can be a response to criticism and contempt. If you feel you can’t say anything effectively, you may choose to simply stop talking. This can also be done passive-aggressively to simply frustrate the other person.

Some Rules to Consider Adopting

Other Ideas to Consider

Other Questions to Consider

Talk about it together. Avoid blame and excuses by talking about your own mistakes, failures or bad choices. Be sure to talk about anything that the other person did that was positive or helpful.

How to Get Started

You won’t be able to suddenly start choosing or using rules in the middle of a fight. You’re going to have to think about this ahead of time. Have a flexible idea of what you want to suggest or propose and be clear about what makes that significant for you. Know what principles or reasoning goes into them, so you can talk about it and make your case.

A sentence or two about not being happy with the status quo and wanting better things for your relationship is all that it takes. Avoid saying anything that makes it sound like the other person is at fault. Focus on “we” and the fact that you want the two of you to work together to make communication more pleasant and perhaps even fun.

Tell them that you’ve read about how agreeing on some rules can help. Ask to share this article and offer to watch a few of the videos link below later if you think that might help. If they aren’t game for it right away, ask them to think about it and that you’ll ask again later (think a few days, not minutes or hours).

You might mention one or two of the rules you think might help the most. Don’t push it. You want the other person to see the possibilities and choose to work with you. Do what you can to make this a win-win process. You absolutely need their buy in.

When you do get to talk in more detail, you’ll be ready since you’ve done your homework and know what’s the most important to you and why you think that it will fit your situation. You do need to listen to any objections and suggestions without being defensive. Let them help in the process.

This is where you first get to practice what you’re starting to learn. You want to convince them that it’s worth doing. You want them to believe that it can make things better. You can start by letting them see some of it right in front of them, right then and there. Make this a positive experience, because this should be your first smart fight.

Stan Tatkin, Wired for Love: How Understanding Your Partner’s Brain and Attachment Style Can Help You Defuse Conflict and Build a Secure Relationship (2012)

Steven Stosny, Ph.D. and Patricia Love, Ed.D., How to Improve Your Marriage Without Talking About It (2009)

Get the latest posts delivered right to your inbox 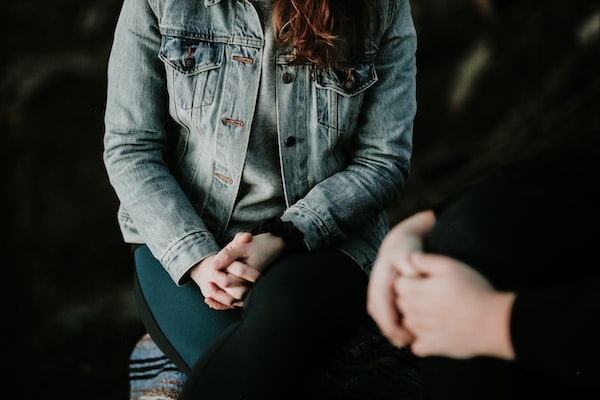 What is it in our relationships that leaves us unhappy so often? We seem to cycle through the same problems over and over. We have the same arguments. We keep

For me, gray is the color of depression. While I like gray as a color and there is plenty of it in my wardrobe, for my emotions, it's the color for funky depressive moods, attitudes, days and even for some eras of my life.

Stay up to date! Get all the latest & greatest posts delivered straight to your inbox